Finally, Winter is the wildest and most unpredictable month. Leigh : Projects are things your community decides to build or repair — a hospital, or, say, a cannery to address fresh food scarcities. You add things to the map, then decide among yourselves how long they ought to take, from one to six weeks, and each turn you keep track of the progress by counting down with a die.

Quinns : Brief? Which is actually supposed to simulate discussions in communities being frustrating. Again, so harsh. If you become alleviated later, you can put the coins back.

I think. Quinns : Phew! This was game But what I love about this one is that you can actually SEE your attention span drifting. I think the first thing you drew was the clock tower. Leigh : I admit my affinity for rendering the map in loving detail steeply declined in a direct ratio with my wine consumption and degree of patience. Oil had ruined everything! I was angry about the squash! Those two had to take a night bus when they played with us.

We found an abandoned oil pipeline, and began siphoning out of the earth and towards our community as a replacement for firewood. Except then it started leaking. And poisoning everybody. And being weaponised. Leigh : In the end, the war over resources and the hunger for technology gutted the land, and the adults abandoned their children.

And the story of the second game was even cooler! Monsterhearts , which we reviewed last time and is actually by the same designer , had a whole section in the manual about keeping the story feral. Leigh : I like this game more than you do. I think the tension I feel when I play — about the role of the self within the group, or within the partnership — is appropriate for a game with these themes. I felt a tension with those choices, between a number of warring desires: Do I want to tell the most interesting story possible about this place?

Just throwing this out there, but what if the follow up game that you guys talked about was done in A Dirty World? After listening to this session, i knew i had to have this game, so i just finished buying it, and plan to play a session with some people later tonight using the pdf i got with it.

In that game, you pick characters in a medieval kingdom. 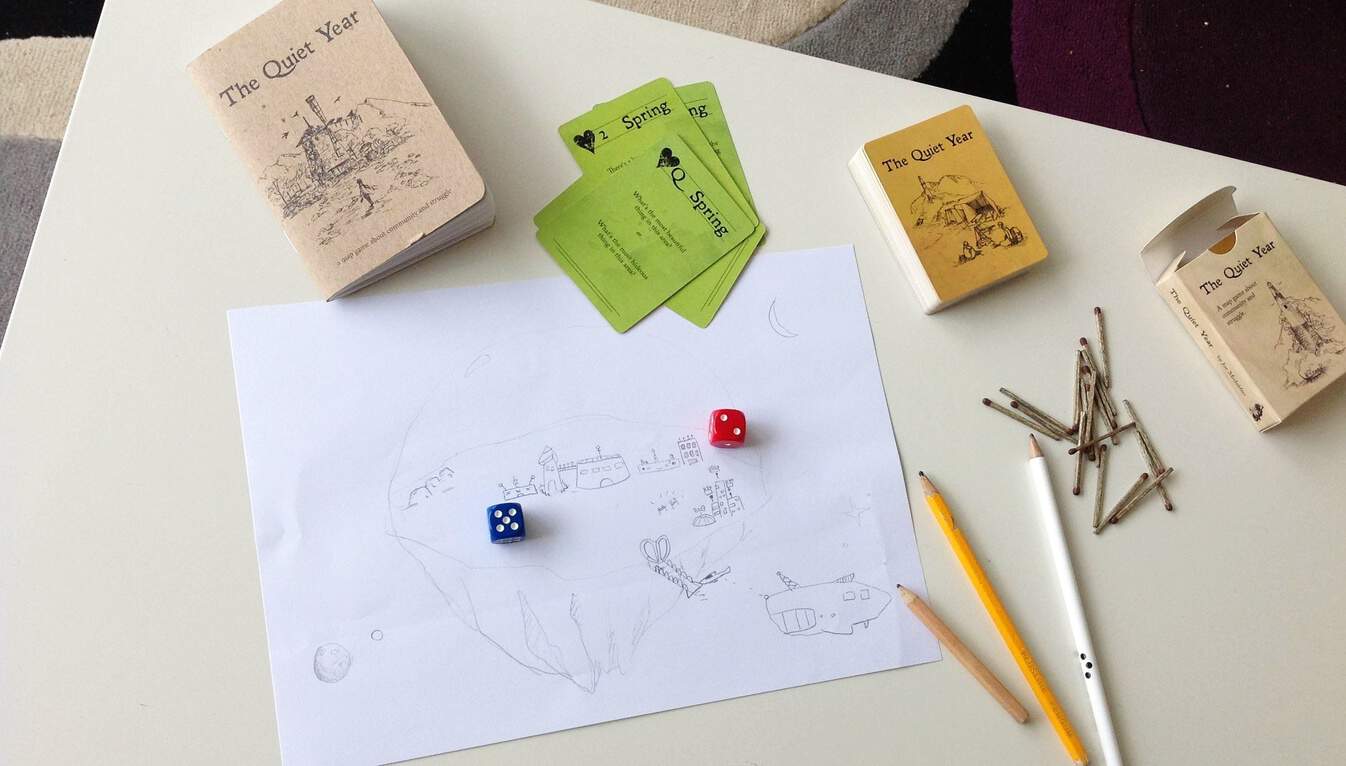 From there, you have 6 weeks of activity, with each player getting a turn each week. With that time, you can have your characters go all over town to do various things which build up stats. At the end of the six weeks, The Yawgh shows up and without explaining anything, your players awaken to a destroyed home.

Your players then use what they learned to help the other survivors rebuild — or they fail in the task. This game has a lot of heavy parallels to The Yawgh, which appeals to me.

I would love to see the group play this game some more to see what different towns come to. This was a really cool, really unusual session. Maybe the PCs are the Frost Shepherds?

Maybe they just have to rebuild afterwards. It was awesome seeing everyone collaborate even as the story wound up going in odd directions. And the map is just lovely as a relic of the game. Your email address will not be published. Notify me of follow-up comments by email. Notify me of new posts by email. Eclipse Phase: The Resurrectionist.

Delta Green: Black Bag Job. Free Spacer at Gen Con For instance, one player was more concerned with political intrigue and factions within the community playing off each other. His figurehead was a corrupt priest trying to bring their version of order to this group at the expense of others. Another was interested in the survival aspects of the genre and would seed challenges aggressive miners from across the river or loot a military cache with a high-grade sniper rifle for the community to discover.

Myself, I was more interested in creating mysteries and adding science-fiction horror elements that may pay off later deadly silver creatures in the woods, radio signals that turned people into robots etc. Now that may all sound like clashing elements that would make for a desperately unsatisfying TV show. And the framework allows for differing strands to flow together thanks to the structure of the year.

Many events could be happening all at once and it never feels too cumbersome.

After all, any community goes through so much, let alone a community and the post-apocalypse. For instance, an abandoned hockey rink becomes a haven for a young girl to learn about the pleasures of hockey becomes a gateway for children of the community to escape the strictures of their chores and work becomes a Mean Girls-esque rivalry between the all-female teams becomes a massive showdown with the corrupt priests who are trying to prove their dominance by fighting the children at their own game and the rivals having to band together to do so.

It cannot be said how utterly joyous it was for the cards to line up so that the showdown happened at the end of summer, as the Galtree Lakers took on the Blessed in an exhibition match for the ages. And for the next card to inaugurate autumn and bring in fresh pain such as winter climes and threatening foes across the river, marking the end of an almost innocent time.

The Quiet Year is an absolute melange of ideas and actions but there was a gloriousness to the messy nature of it all.

Every idea introduced into the map was further shaped and complicated on by the others. Two guardsmen fell in love as they were trapped on top of a watchtower, cut off by a radio station falling down a waterfall. We were becoming writers, storytellers, eager to move our own plots but also to disrupt others, watching as our best-laid plans morphed into stranger, more captivating ideas.