Today more than ever, we need to rediscover that champion of working people. For his own militancy, King was hounded by the FBI, denounced as a communist and bombarded with death threats. Martin Luther King Jr was a part of a much wider movement, standing alongside socialists such as Ella Baker, Bayard Rustin, and A Philip Randolph in not just attempting to dismantle the Jim Crow system, but replacing it with an egalitarian social democracy. Despite rebukes from more than newspaper editorials the next day and his permanent alienation from liberal allies in the Democratic party, he pressed on.

King traveled to Memphis in April , where he was assassinated by the white supremacist James Earl Ray, to support striking sanitation workers. His advisers warned against the trip. There were the threats of his life, and there were other campaigns and commitments too. I suppose I should have realized that few members of the oppressor race can understand the deep groans and passionate yearnings of the oppressed race, and still fewer have the vision to see that injustice must be rooted out by strong, persistent and determined action.

I am thankful, however, that some of our white brothers in the South have grasped the meaning of this social revolution and committed themselves to it. They are still all too few in quantity, but they are big in quality. Others have marched with us down nameless streets of the South. Let me take note of my other major disappointment. I have been so greatly disappointed with the white church and its leadership. Of course, there are some notable exceptions.

What would you like to find at the library today?

I am not unmindful of the fact that each of you has taken some significant stands on this issue. I commend you, Reverend Stallings, for your Christian stand on this past Sunday, in welcoming Negroes to your worship service on a nonsegregated basis. I commend the Catholic leaders of this state for integrating Spring Hill College several years ago. But despite these notable exceptions, I must honestly reiterate that I have been disappointed with the church.

I do not say this as one of those negative critics who can always find something wrong with the church. I say this as a minister of the gospel, who loves the church; who was nurtured in its bosom; who has been sustained by its spiritual blessings and who will remain true to it as long as the cord of life shall lengthen. When I was suddenly catapulted into the leadership of the bus protest in Montgomery, Alabama, a few years ago, I felt we would be supported by the white church.

I felt that the white ministers, priests and rabbis of the South would be among our strongest allies. Instead, some have been outright opponents, refusing to understand the freedom movement and misrepresenting its leaders; all too many others have been more cautious than courageous and have remained silent behind the anesthetizing security of stained-glass windows.

In spite of my shattered dreams, I came to Birmingham with the hope that the white religious leadership of this community would see the justice of our cause and, with deep moral concern, would serve as the channel through which our just grievances could reach the power structure. I had hoped that each of you would understand.

But again I have been disappointed. I have traveled the length and breadth of Alabama, Mississippi and all the other southern states. I have beheld the impressive outlines of her massive religious—education buildings.

Who is their God? Where were their voices when the lips of Governor Barnett dripped with words of interposition and nullification? Where were they when Governor Wallace gave a clarion call for defiance and hatred? Where were their voices of support when bruised and weary Negro men and women decided to rise from the dark dungeons of complacency to the bright hills of creative protest? Yes, these questions are still in my mind. In deep disappointment I have wept over the laxity of the church. But be assured that my tears have been tears of love.

There can be no deep disappointment where there is not deep love. Yes, I love the church. How could I do otherwise? I am in the rather unique position of being the son, the grandson and the great-grandson of preachers. Yes, I see the church as the body of Christ. But, oh! How we have blemished and scarred that body through social neglect and through fear of being nonconformists. There was a time when the church was very powerful—in the time when the early Christians rejoiced at being deemed worthy to suffer for what they believed. In those days the church was not merely a thermometer that recorded the ideas and principles of popular opinion; it was a thermostat that transformed the mores of society.

Small in number, they were big in commitment. Things are different now. So often the contemporary church is a weak, ineffectual voice with an uncertain sound. So often it is an archdefender of the status quo. But the judgment of God is upon the church as never before. Every day I meet young people whose disappointment with the church has turned into outright disgust. Perhaps I have once again been too optimistic. Is organized religion too inextricably bound to the status quo to save our nation and the world?

Perhaps I must turn my faith to the inner spiritual church, the church within the church, as the true ekklesia and the hope of the world. But again I am thankful to God that some noble souls from the ranks of organized religion have broken loose from the paralyzing chains of conformity and joined us as active partners in the struggle for freedom. They have left their secure congregations and walked the streets of Albany, Georgia, with us.

They have gone down the highways of the South on tortuous rides for freedom.

Yes, they have gone to jail with us. Some have been dismissed from their churches, have lost the support of their bishops and fellow ministers. But they have acted in the faith that right defeated is stronger than evil triumphant.

Their witness has been the spiritual salt that has preserved the true meaning of the gospel in these troubled times. They have carved a tunnel of hope through the dark mountain of disappointment. I hope the church as a whole will meet the challenge of this decisive hour. But even if the church does not come to the aid of justice, I have no despair about the future.

I have no fear about the outcome of our struggle in Birmingham, even if our motives are at present misunderstood. We will reach the goal of freedom in Birmingham and all over the nation, because the goal of America is freedom. Before the pilgrims landed at Plymouth, we were here. Before the pen of Jefferson etched the majestic words of the Declaration of Independence across the pages of history, we were here. For more than two centuries our forebears labored in this country without wages; they made cotton king; they built the homes of their masters while suffering gross injustice and shameful humiliation—and yet out of a bottomless vitality they continued to thrive and develop.

If the inexpressible cruelties of slavery could not stop us, the opposition we now face will surely fail. We will win our freedom because the sacred heritage of our nation and the eternal will of God are embodied in our echoing demands. Before closing I feel impelled to mention one other point in your statement that has troubled me profoundly.

It is true that the police have exercised a degree of discipline in handling the demonstrators. But for what purpose? To preserve the evil system of segregation. Over the past few years I have consistently preached that nonviolence demands that the means we use must be as pure as the ends we seek. I have tried to make clear that it is wrong to use immoral means to attain moral ends.

But now I must affirm that it is just as wrong, or perhaps even more so, to use moral means to preserve immoral ends. Perhaps Mr. Connor and his policemen have been rather nonviolent in public, as was Chief Pritchett in Albany, Georgia, but they have used the moral means of non-violence to maintain the immoral end of racial injustice.

I wish you had commended the Negro sit-inners and demonstrators of Birmingham for their sublime courage, their willingness to suffer and their amazing discipline in the midst of great provocation. One day the South will recognize its real heroes. They will be the James Merediths, with the noble sense of purpose that enables them to face jeering and hostile mobs, and with the agonizing loneliness that characterizes the life of the pioneer.

One day the South will know that when these disinherited children of God sat down at lunch counters, they were in reality standing up for what is best in the American dream and for the most sacred values in our Judaeo-Christian heritage, thereby bringing our nation back to those great wells of democracy which were dug deep by the founding fathers in their formulation of the Constitution and the Declaration of Independence. Never before have I written so long a letter. I can assure you that it would have been much shorter if I had been writing from a comfortable desk, but what else can one do when he is alone in a narrow jail cell, other than write long letters, think long thoughts and pray long prayers?

If I have said anything in this letter that overstates the truth and indicates an unreasonable impatience, I beg you to forgive me. If I have said anything that understates the truth and indicates my having a patience that allows me to settle for anything less than brotherhood, I beg God to forgive me. I hope this letter finds you strong in the faith. I also hope that circumstances will soon make it possible for me to meet each of you, not as an integrationist or a civil-rights leader but as a fellow clergyman and a Christian brother.

Let us all hope that the dark clouds of racial prejudice will soon pass away and the deep fog of misunderstanding will be lifted from our fear-drenched communities, and in some not too distant tomorrow the radiant stars of love and brotherhood will shine over our great nation with all their scintillating beauty.

Fifty years after Martin Luther King Jr. Revson Foundation. A year ago, the year-old Swedish climate activist began striking from school each Friday to protest climate inaction; last Friday, she gave a speech to hundreds of thousands of people in New York, at the Global Climate Strike, which was inspired by her protest. It is always at least a little unfortunate to see a young person become an icon—it robs them of the privacy of growing up.

Certain conditions continue to exist in our society which must be condemned as vigorously as we condemn riots. 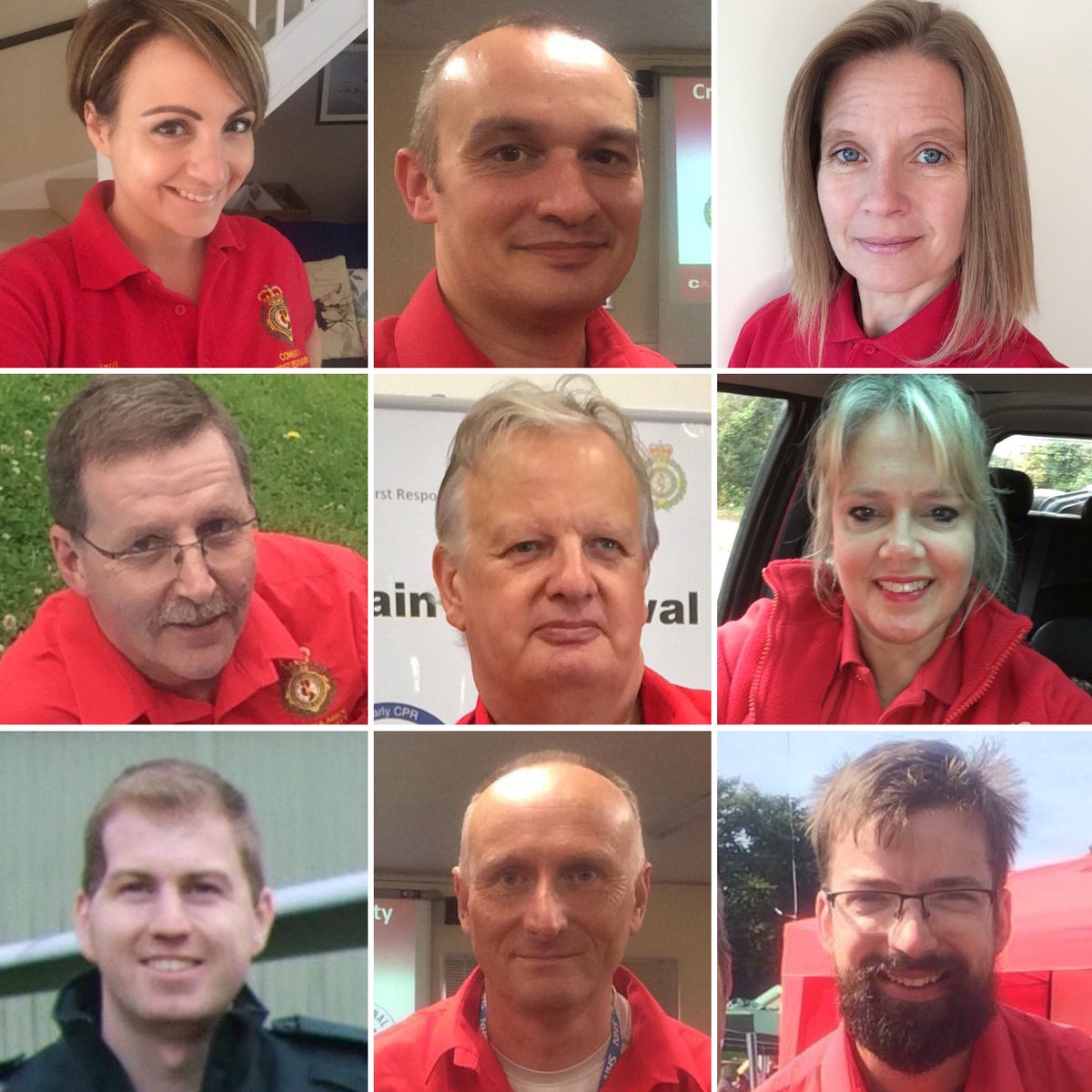 But in the final analysis, a riot is the language of the unheard. What will you do to not only celebrate and study the life and faith-based action of the Rev. Check the Think! Here are links to the major faith-based community organizing networks and their local affiliate organizations:. Let us know in the comments, in our e-mail discussion group, or on social media. Benedict of Nursia. Burrow, Rufus. Minneapolis: Fortress Press, Chittister, Joan. Collegeville, Minn. King, Jr.